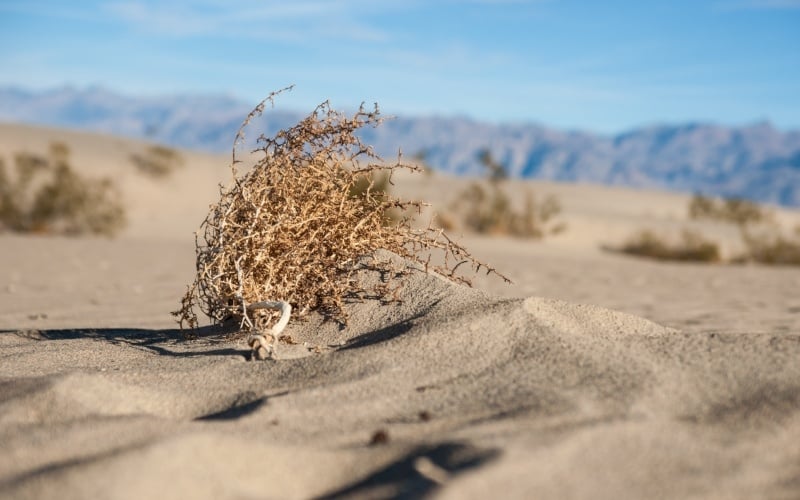 In an effort to deliver on their promised declaration to “make America great again,” the Trump administration has taken initiatives that they assert will protect national security, guarantee the United States' self-sufficiency and decrease the country's dependence on critical materials sourced from foreign countries. These were the reasons offered for imposing the recent tariffs on steel and aluminum and now, also, the government opening up 1.3 million acres of California's desert land to commercial mining as of March 9, 2018.

Many of these public lands border on national parks such as Joshua Tree and Death Valley National Parks. They are Interior Secretary Ryan Zinke's newest targets in the administration's ongoing alteration of the status of the nation's public lands. The public land areas surrounding Utah's Bears Ears National Monument were reduced by 85% when the administration permitted commercial mining on December 4, 2017. The same fate fell upon Utah's Grand Staircase-Escalante National Monument, whose size was reduced by nearly 47% when a 2017 presidential proclamation opened the area to mining.


Why the Drastic Reduction in Public Conservation Lands?

The Bureau of Land Management, or BLM, manages more than 17 million acres of California's public lands, which amounts to about 17% of the state. It's also responsible for approximately 47 million acres of underground mineral resources, accounting for about 47% of those in California. During the Obama administration, millions of acres of this land were designated by the California desert plan to be protected from commercial use such as mining and energy development, with conservation efforts directed at striking a balance between allowing these lands to be used for recreational use and for protecting their “significant landscapes with outstanding cultural, biological and scientific values.”

As with the reversal of so many Obama-era executive orders and proclamations, the Trump administration has moved to reverse the protections of the California desert plan and open these previously protected areas to mining and energy resource development. An ordered environmental impact study of the areas proposed for conservation was never undertaken, and just weeks after President Trump took office conservation plans were scrapped. BLM, without the advantage of having any public input or impact study data, declared that future mineral exploration or mining would pose no significant impact on the area's “cultural, biological and scientific values.”

It's unclear how officials, without the benefit of the land-use impact study planned during President Obama's term but later canceled, could make their determinations but, when Jerry Perez, Director of California's BLM, was unavailable when contacted for an interview. The spokesperson for BLM had no comment.

At least eight years of study and environmental analysis were completed in developing the Obama-era California desert plan. Experts agree that similar studies should have been undertaken in an effort to inform Trump administration officials of the impact that would be created by re-designating so many acres of conservation lands into areas now allowing mining and energy resource development. It's apparent from past actions that the Trump administration's focus is neither conservation nor climate change dangers but, rather, energy production and mining of critical minerals needed to decrease America's reliance on importing these materials from foreign countries such as China.

In San Bernardino and Riverside Counties, two areas affected by the recent lifting of the mining ban, the outdoor recreation industry is a leading generator of income, valued at approximately $373.7 billion in 2016 by the U.S. Department of Commerce. Mining accounted for only about one-fourth that amount ($99 billion).

What Trump's Department of the Interior foresees is a tremendous boost in those mining numbers with little effect on the outdoor recreation industry's income generation capability.

The CA desert is one of the most mineral-rich areas of the world. There are 81 different minerals that are currently being mined, have been mined or could be mined in the future. This includes cobalt and lithium, both important and strategic elements critical in the production of lithium-ion batteries used in computers, cell phones, and electric vehicles. It also includes gold, silver, copper, titanium, tungsten, thorium and much more. Add to this large amounts of sand and gravel needed in large supply by the construction industry.


California vs. the U.S.

There's a war going on between the U.S. and the State of California. Tourism is booming in the California desert, and communities in the area dependent on this income are perplexed by the U.S. government's decision to open up lands near national parks and monuments to mining operations. According to the Executive Order doing so, it's all about “critical minerals essential to the economic and national security of the U.S.”

Space mining could soon become a reality and will likely yield trillions in mineral wealth....

Until recently, cobalt has been somewhat of a sleeper on the commodities market. It was much less...