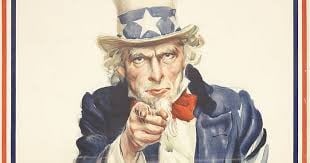 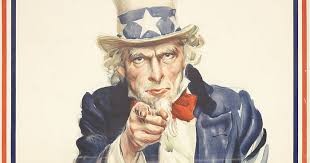 What’s fair when it comes to taxes and/or royalties imposed by governments on mining operations? While most can agree that it seems appropriate for the government to tax or require a royalty on public resources, royalty arrangements that make sense for one country might not be suitable for another. As the World Bank noted in its 2006 report on the subject, the geological, political, economic, and social circumstances are unique for each nation.

Mining taxation and royalty systems vary greatly in jurisdictions about the world. In South Africa, for example, there is a low royalty regime. In Indonesia, the government sets the financial liability of a mining company at the start of its land lease and it remains unchanged throughout the life of the mine. In 2008, the United States proposed a bill to impose a 4% royalty on existing mines and 8% on federally owned land, but it did not pass into law. According to this Reuters report, in Brazil this past November, Congress passed legislation to raise royalty rates on iron ore by 75 percent and royalty rates on gold by 50 percent, from 1 percent to 1.5 percent. Potassium royalties were reduced from 3 percent to 0.2 percent, and iron ore royalties were increased to 3.5 percent from the current 2 percent. Clearly, mining royalties can be tuned to the actual market value of the mined mineral, and according to experts, they should be managed in this way. The fiscal policy should ensure adequate compensation to the state in return for the concession it grants. Before assessing a mining royalty, a government should consider the effects of the royalty on the mining industry. Once all of the preliminary due diligence has been conducted, the government needs to structure a transparent and detailed system and make sure that an efficient and effective administration of the policy is in place. The government should not implement royalty rates so high that it has an impact on the cutoff grade and mine life. Mines in financial distress should receive a deferral or waiver of royalties, and the high payment should be deducted from income subject to income tax or credited against income tax. The 2006 World Bank report also recommends that small-scale operations should be royalty free.

Establishing an optimum level of royalty is exceptionally challenging. A fair royalty tax should fluctuate between two extremes. A high tax might have a detrimental impact on exploration and may contribute to political instability. On the contrary, if a royalty is equal to zero, the state is still left with non-tax benefits that flow from mining and mineral production.

When royalties are too high, a mine operator might decide to shut off the operation. This maneuver has serious implications. Unemployment grows, and the poverty level rises, which means economic hardship for the community and political instability.

Furthermore, when royalties are too high, the competitiveness between producing countries is affected, which may have an adverse impact on foreign investors and affect mineral commodity pricing. A very high royalty means an increase in operating costs for the mine and less commitment from mines to invest in roads, hospitals, infrastructure, road maintenance, schools, and the overall community.

Instead of imposing a royalty on the mined metal, it would be more efficient for the government to establish a mix of taxes. A tax on mined metals can introduce inefficiency to production decisions and jeopardize the future of the mine. Low-grade ore mines, operating in a country with high taxes on mined metal, will not be efficient and economical. A tax on income might be a better formula and does not alter the optimal output of mine operation. A tax on profitability seems to be the best formula to spread the risk between the mines and the government. A fluctuation of profitability would have the same impact on taxes for the mine and government. A 20% decrease in income; therefore, a proportionately lower tax, would have the same percentage decrease in the tax flow going to the government. The opposite is also true. Additionally, implementation of a tax on imports for trucks, crushers, and more could be put in place to offset royalties. The problem with multiple taxes are the additional controls a government needs to put in place to control tax evasion.

The determination of a fair tax to impose on public resources should be assessed on a case-by-case basis, but the tax should not be so high that it jeopardizes the mining operation. I believe that a mathematical model should be implemented that uses profitability and the dimension of the mine to assess a fair tax.

A taxation system for mines that extract public resources makes sense. However, it should be implemented in a way that is fair, allowing the country’s citizens to share in the benefits from mining development, but at a level that does not jeopardize a mining operation’s viability by drastically reducing its return on investment.

Cobalt, a blue-gray metallic element, atomic number 27 on the periodic table of elements, is...

Why are my Impact Crusher Blow Bars Breaking?

There are many reasons why your impact crusher blow bars are breaking on a regular basis. We...

With the December 12, 2015 adoption of the Paris Climate Accord by nearly all the world's...