Robots and Artificial Intelligence Will Transform the Mining Industry 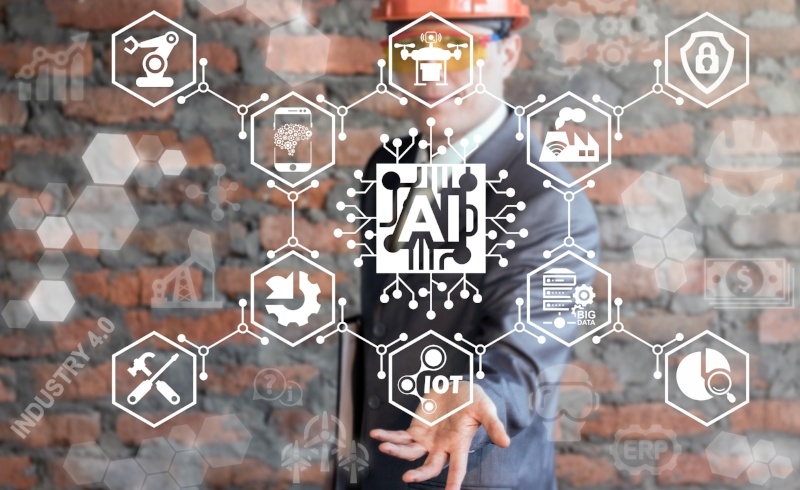 There is no question that automation is seriously changing the mining industry, affecting everything from time and labor savings to worker safety and increased productivity. Some other benefits brought to bear through the implementation of mine automation, including things like the use of drone aircraft, remote drilling, and driverless robotic vehicles include:


Automation is Here to Stay

The mining process is complicated and it requires many labor-intensive operations, many of which are back-breaking, dirty, dangerous and unhealthy. Labor is one of the most expensive facets faced in the mining industry. Automated technology can help slash these costs associated with mining operations, thereby making the process significantly more profitable. While some critics may argue that the oncoming revolution in mine automation will serve to eliminate workers' jobs, especially those in entry-level positions, it must be understood that the jobs most likely to be eliminated are those that are typically dangerous, dirty and/or monotonous and that other, better jobs will be created.


The Importance of Drones

According to a survey done in 2015 involving nearly 200 mining operations located around the world, approximately 66% reported their intentions to make remote operations and/or remote monitoring an integrated part of their mining business operations. In an effort to improve both mine management and mine safety, automation was consistently stated as being the main priority of many of the survey respondents.

At the top of the list for adding affordable automation and robotics to mining operations is the use of drones, or unmanned aerial vehicles (UAVs), which can be utilized to significantly slash the cost of exploration and other mining activities. Where helicopters or field crews have been instrumental in affecting exploration for new mineral deposits in the past, drones are now being used at a mere fraction of the cost, bringing huge time savings and the collection of much more accurate data. Best yet, this can all be accomplished from a remote location where the “pilot” can remain safe, warm and comfortable, sitting at his or her computer screen.

Besides being used for exploration, drones are also now being used in the mining industry to survey and map deposit sites and to calculate inventories. They're also used to make sure areas are clear before blasting takes place, to improve site road safety and for maintenance crews to inspect the tops of cranes and the roofs of tall buildings, alleviating the need for laborers to have to work at dangerous heights.

The Rush Toward Automation

By now, mine owners everywhere realize the advantages of embracing new technologies in the area of mine automation, including the use of drones, remote drilling, and driverless trucks. Some examples of various mine operations include:

Barrick Gold Corporation – headquartered in Toronto, Canada. Barrick is the largest gold mining company in the world. With operations worldwide, including Australia, Africa, and Asia, 75% of Barrick's mining operations for gold, silver, and copper are located in the Americas, including the U.S., Canada, Peru, Argentina and the Dominican Republic.

First employing the use of drones beginning in 2012, Barrick has been a pioneer in this area in an effort to reduce costs and improve safety. They first used drones for measuring stockpiles, which had previously been a labor-intensive activity requiring the use of surveyors and GPS equipment to arrive at not-so-accurate data. Now, one drone pass over an area can accomplish what used to take weeks to complete, plus the data is automatically uploaded to produce an accurate 3D representation. Before drones, numbers had to be crunched manually. LiDAR Scanners, previously used at Barrick, cost about $180,000 each. Drones, which replaced the need for LiDAR, cost only $20,000 each. This new technology saves time, money, and improves worker safety.

Montego's Taylor Mine in Nevada was thought to be “played out” by “pick-and-shovel” miners and finally abandoned. Utilizing drones to produce 3D maps of the mine's subsurface area, followed by robotic drills to collect soil samples is now opening the once defunct mine to new exploration where owners expect to access millions of ounces of silver and gold.


This is Just the Beginning

Mining companies all over the world are experiencing excellent results through the various new technologies providing them the opportunity to cut costs and increase profits. According to Iain Allen, Senior Manager for Mining Information Technology at Barrick, “Everyone in the industry is realizing the value of drones. They'll soon become standard practice. There's just too much value not to have one.”

Whether it's driverless trucks, off-site remote drilling equipment or remotely monitored “intelligent” equipment such as this 8 12 GEO™ HSI Crusher with advanced control software, automation is changing mining for the better.

With the December 12, 2015 adoption of the Paris Climate Accord by nearly all the world's...

What’s fair when it comes to taxes and/or royalties imposed by governments on mining operations?...